Analytics Translator – A geek on the one hand, and a brilliant communicator on the other, a therapist for business and IT 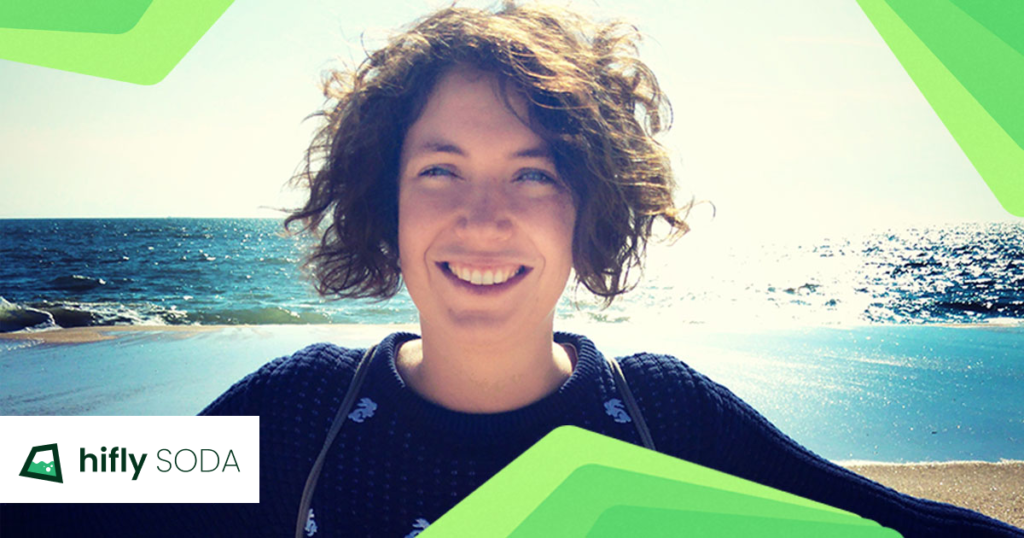 Who is the Analytics Translator? What is the perfect chemistry for this complex role? What skills and experience are needed to do this job effectively? Where is this role in the organizational structure?

Hiflylabs: What is the specific purpose of this role?

Eszter Somos: In fact, he/she is a mediator with expertise and business knowledge between people who speak “other languages” in two very different “worlds”. His/her goal is to maintain active communication between the two parties and to find out as soon as possible if something isn’t going to work because that way he/she can reduce frustration on both sides.

ES: I see two typical options that work well. One, and also my way, when someone came from the technical side, did coding before, worked as a Data Scientist, so he/she fully understands what is possible, how long it takes to achieve the goal, and how exactly the implementation works. In this case, he/she knows the way of thinking of his/her peers and in the meantime, he/she gets to know and learns more and more about the peculiarities of the business side. The other, I think more common version, when business people go to a Data Science course or at home, delves into the subject in a self-taught way. This is not to say that they can code in practice, they may not (yet) have the statistical knowledge – which is otherwise needed to become a Data Scientist – but they can understand what can be achieved by data and what exactly it entails. So the common practice of placing a general project manager in this role is particularly risky and results in cumbersome operation. have more than once encountered the phenomenon of placing a general project manager in this role. I’ve only seen this work outstandingly once – the reason behind had to be the person’s special talent – but for the majority, it formed an extra layer of confusion in the process.

HL: From a business side approach, how deep your knowledge should be to fulfil this position?

ES: It is essential to deduce or code the problem mathematically, but it is important to know what data types, algorithms, technologies, model types there are and which ones to use. For example, it is good to know what a neural network is for and when to offer this option, or what a regression is for and when you can get good results by using it.

HL: What does this “Translation” job include? To what level should the business problem be “translated” into data language?

ES: If not entirely to the level of a database column, but I think you need to move the typical business questions (e.g. “How our users behave” or “We want to know our users better”) to a more specific level, e.g. Could dividing the marketing target group based on looking at and buying products in carts be an output that the business can use?”. That poses a clustering problem for the data team.

HL: What is the most important skill for an Analytics Translator?

ES: Design thinking for data science is becoming more and more fashionable, which is a buzzword but covers meaningful things, emphasizing the need for empathy, for example. I think from a technical point of view, this is the key because the business often feels uncertain, as it doesn’t understand several things: what exactly is happening; why the process seems lengthy; what it means to be unreliable or probabilistic. It encounters a lot of uncertainties, from a data point of view, for example, it is natural that due to the statistical nature, it is not possible to say everything in advance or that a lot of data cleaning is required. From a business perspective, these things are not clear, so you need to be sympathetic about the business problem and focus on the solution.

HL: Do you also need sales skills in this role?

ES: Absolutely. He/she should help the client to believe that the solution he/she offers will solve the client’s problem. But often this kind of support is also needed within the company. Analytics Translator is also “expectation management” as you need to know what to expect from the two sides.

HL: What are the specific tasks for an Analytics Translator?

ES: There are business problems that are only articulated at a basic level: for example, our costs have risen too much, or we don’t have enough loyal customers and we want to have more, don’t want to make a process worse, or we just want to work more efficiently. In comparison, I would put the analyst questions at a different, specified level, because a problem with them, for example, is formulated as follows: from which variables can I predict how that other variable will change and what influences it the most. So it is a very typical task to turn a business question into an analyst question. You need to clarify unclear issues. You need to break down the influential factors further, find out what we can control and how we will measure it all, how the project can work, what input variables can be, what is at the data level and is available.

HL: What are the goals of an organization with an Analytics Translator?

ES: Last year, Gartner released very frightening statistics and predictions, such as that by 2022, only 20% of analyst projects will be commercially successful. I believe it should be an organizational goal to be transparent about what value the data solution actually drives. This is important because these are often not clearly measurable things that are done even slowly. An organization that has a couple of Analytics Translators can make their projects more likely to materialize and bring business value. You can minimize cases where the project is completed, those who worked on it are paid, but the result obtained is useless to the business.

HL: Where is this role within the organization?

HL: In addition to improving organizational decision-making and business processes, what made this position exist?

ES: They have been involved in machine learning for a very long time, however, there was a point where the majority not only noticed that they had a lot of data, but also that it was easily accessible and could produce ever-increasing results. After that, many companies had a Data Science team, but it soon became apparent that it wasn’t bringing what was expected of it, in fact, it would even cost a lot, even though they said, “if you have that much data, the business will go better”. This has given rise to a great deal of frustration, for a variety of reasons. So as a response, we got to the Analytics Translator position, which is a bit like a step when we go to couples therapy and learn to communicate better together, to plan together.

HL: What dynamics does this role provide within a company?

ES: It’s not true that there won’t be problems, but they will surface much sooner. We first know what pitfalls may await us, where we should not go any further. In my opinion, these would definitely show up after a while, so there is no need to be afraid of that either. It’s important to note, though, that with an Analytics Translator, the process won’t be fast, and maybe even more frustrating at first, if someone keeps asking questions, but to shorten the process and later, while doing them, all the participants will be satisfied, is necessary. It saves a lot of energy in the long run.

HL: In a data environment, what is beyond the responsibility of an Analytics Translator?

ES: Areas where the problem is very well defined, such as the area of ​​IoT. The more technical the use, the more detailed the problem is defined, the less the role of a Translator is. For example, to stop a car at a stop sign or to build a controlling system for a company, you don’t really need that extra role because everyone understands what to do.

HL: Do you think this role will improve?

ES: Sure, but I don’t know where. If this growth continues in the data world, more and more people will likely specialize in this task. 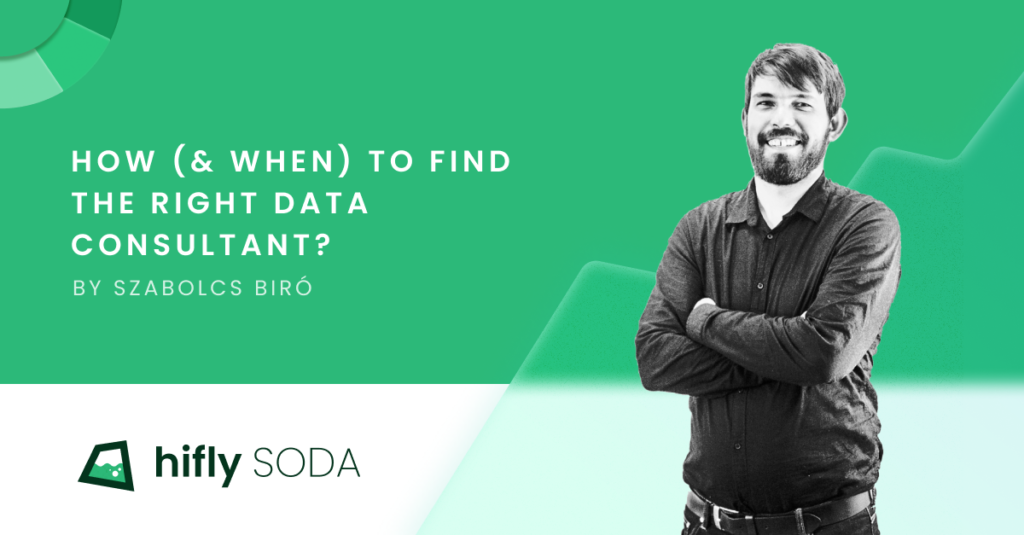 How (& when) to find the right data consultant

March 25, 2022 | SodaAdmin | Retail
This guide’s aim is both to help you determine whether you need a data consultant for your data related business questions, AND if you know you need one, help you 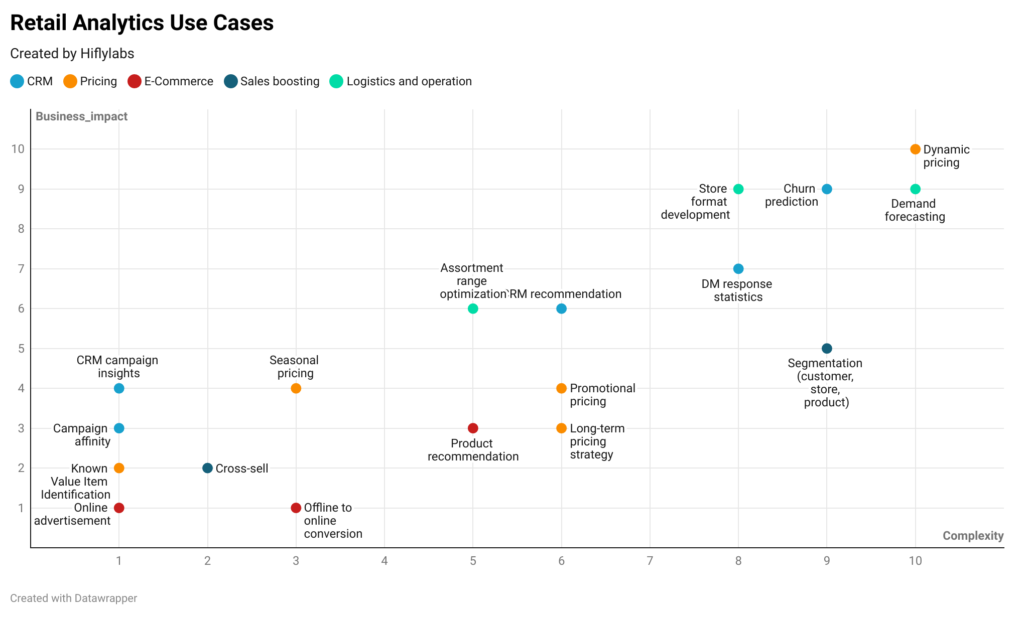 March 24, 2022 | SodaAdmin | Retail
Within the span of a few years, the field of retail has gone through remarkable changes: data analytics has become an essential support line for retailers in the struggle of staying competitive in an ever-changing, fast-growing industry. 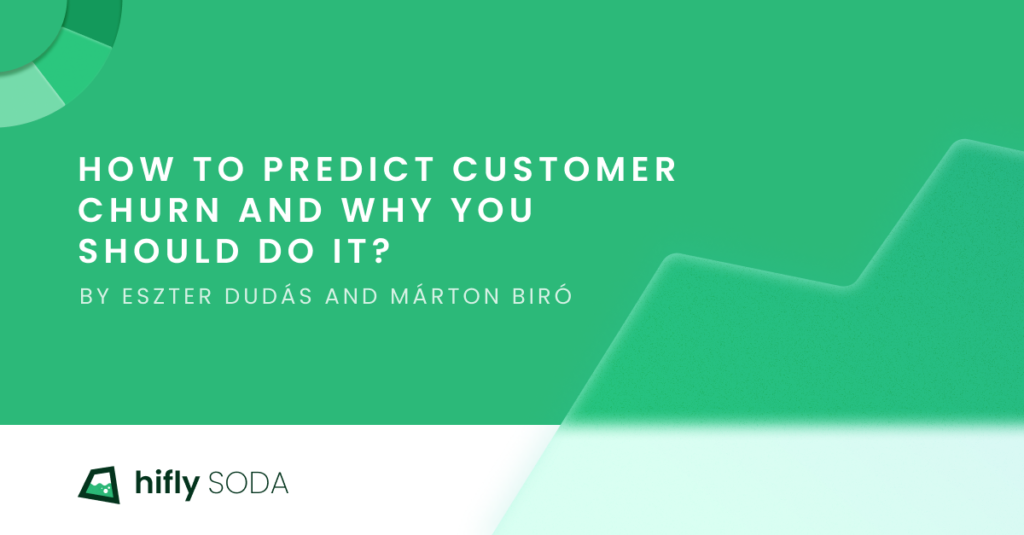 How to predict customer churn and why you should do it? 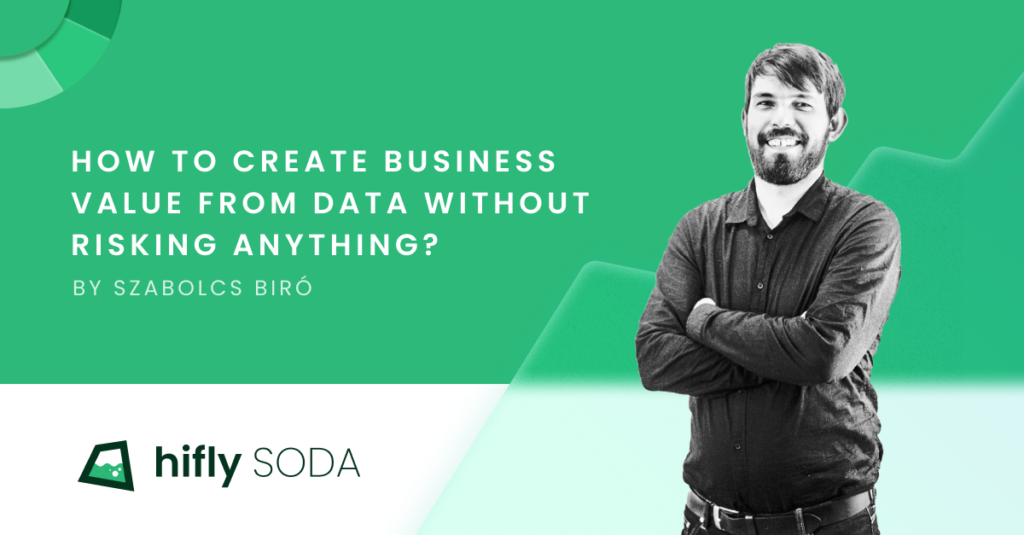 How to create business value from data without risking anything?

July 25, 2021 | Biro Szabolcs | Retail
Reading time: 7 min I’m probably not telling you anything new when I say data is already the oil for company development and will be even more so in the 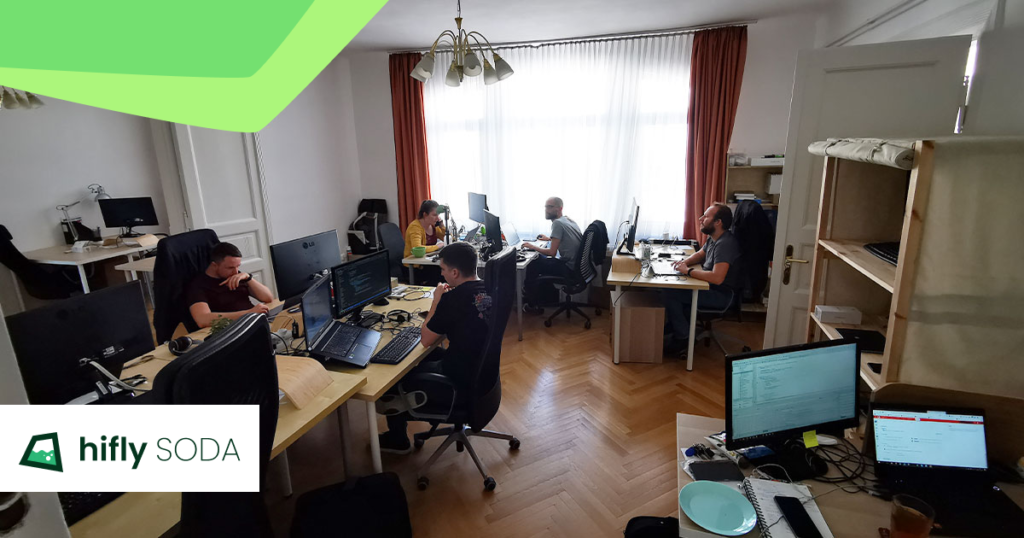 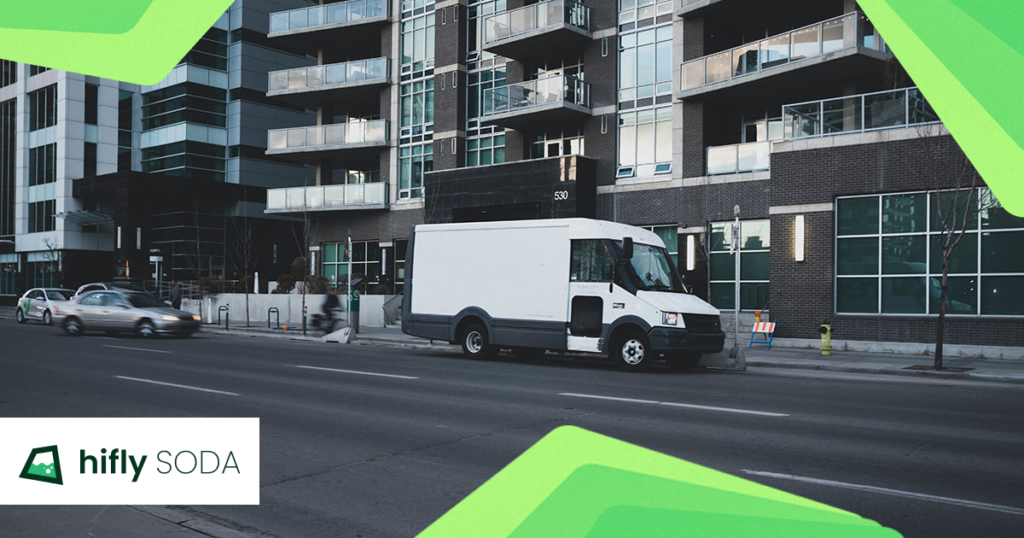 Do you know when your medicine will arrive? (Case study)

January 9, 2021 | Szokolics Daniel | Retail
Reading time: 5 min One of the key elements of logistics solutions has always been adaptation to the given situation, but nowadays this is more important than ever. The worldwide spread 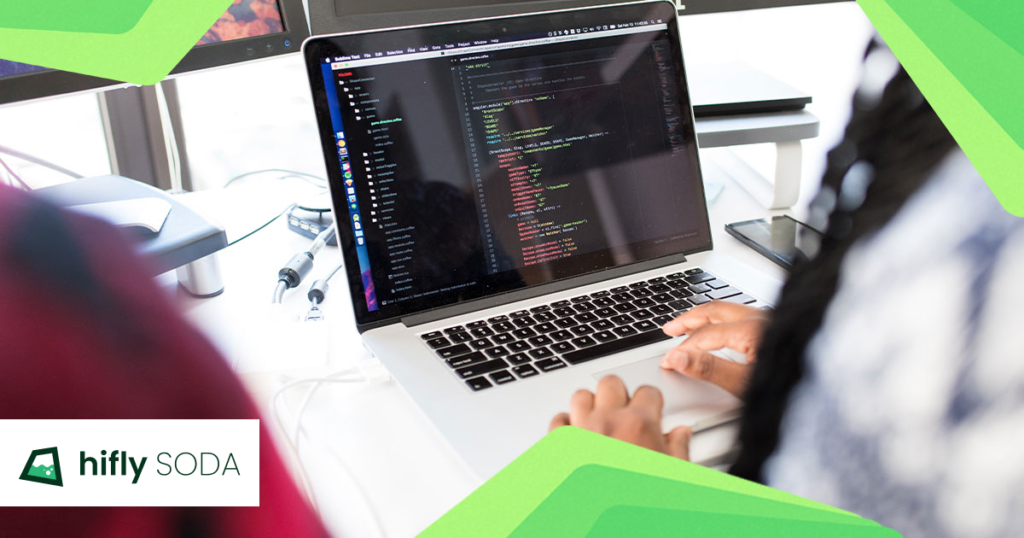 How a Data Scientist thinks when he/she faces a business problem?

December 21, 2020 | Szokolics Daniel | Retail
Reading time: 4 min A data scientist needs to understand the broader business context into which his or her analysis fits and to be able to provide the right data-based 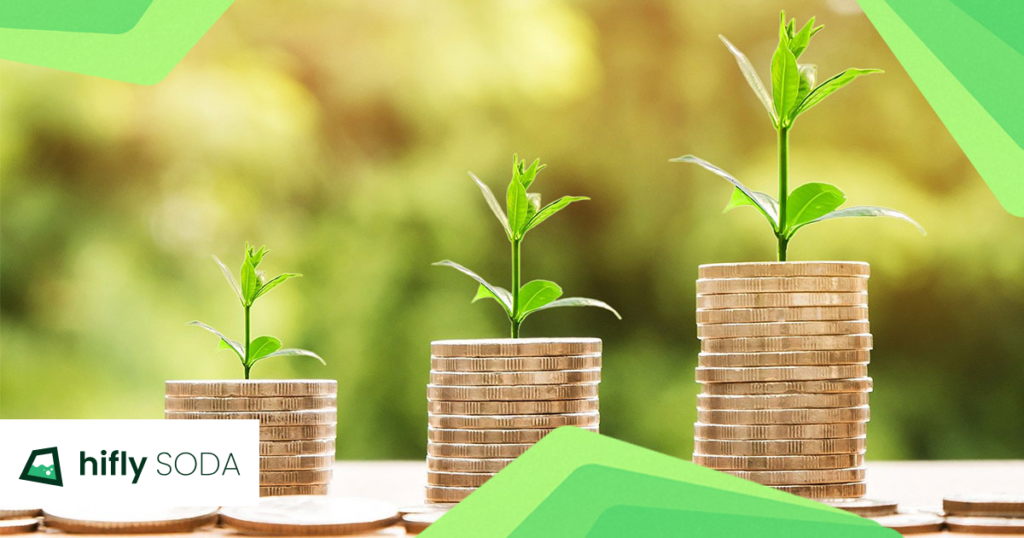 How to make millions in profits in 15 days?

November 24, 2020 | Biro Marton | Retail
Reading time: 4 min Business problem Retail pricing is one of those fields that can greatly be supported by data analysis, with measurable, high returns on investment. In many cases 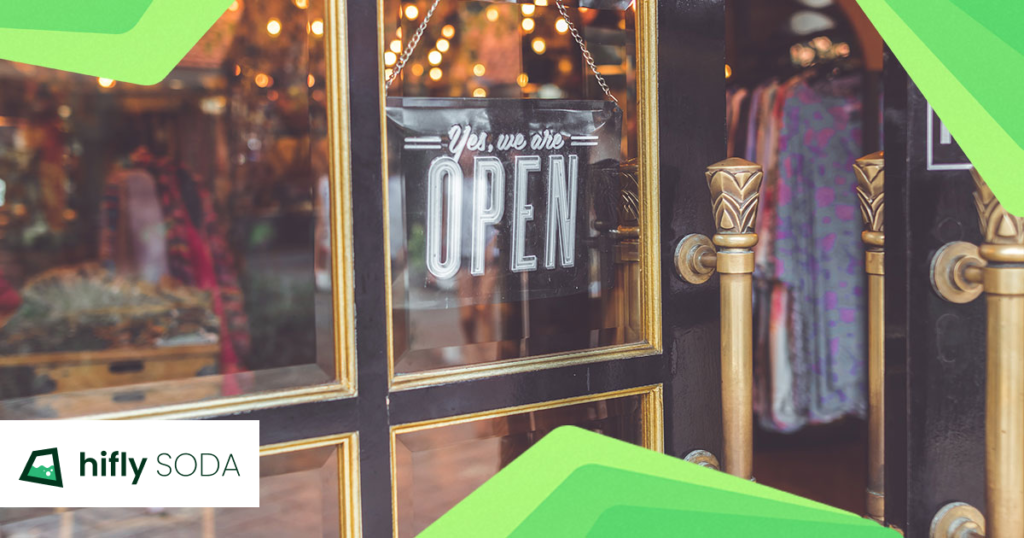 How to optimize opening hours?

November 18, 2020 | Csendes Gerold | Retail
Reading time: 5 min Easy question, tough answer When it comes to leveraging a company’s data assets, the first use-case that pops into your head is probably not the optimization 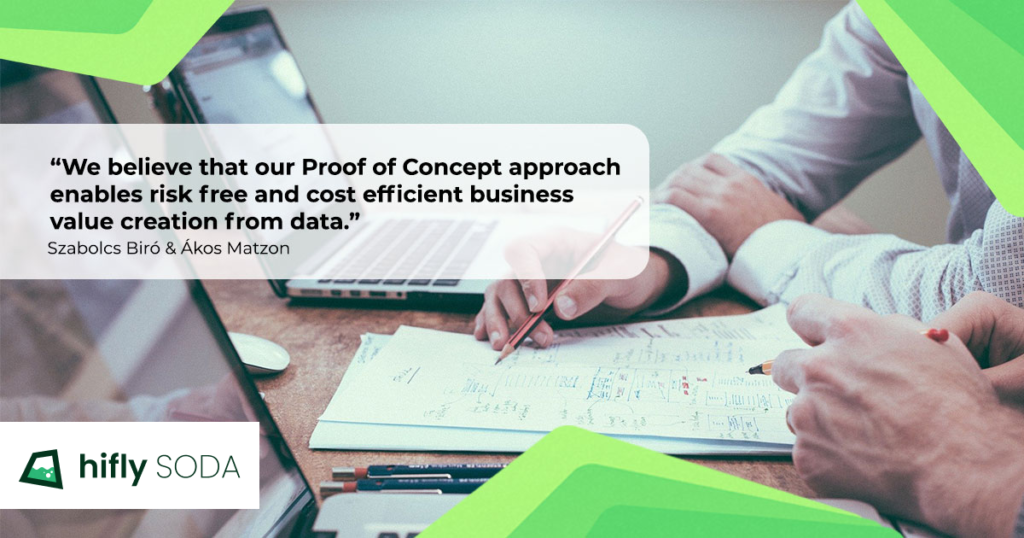 A risk free way to create business value from data

July 16, 2020 | Biro Szabolcs | Retail
Reading time: 5 min As a company providing data solutions, we often encounter a kind of confusion among our customers about how to apply a Machine Learning (ML) based solution

You have data. You have ideas. There is a lot of noise telling you what to do with it.

We have expertise and retail-experience.

We will turn your data into revenue, without you wasting resources.